I have been with my partner for several years but for the last few years, we’ve been more like roommates. We don’t share a bedroom, we do a few things together, but mostly we do our own things. A few months ago we talked and confirmed officially that indeed we are just roommates and not “partners”. I was not looking, did not even want to date, but I was at an event and there she was; this new person I had never met or heard of, and we instantly connected. We’ve only had two dates, and I’ve made it clear I want friendship first, plus she is aware I have an ex living with me. So far I like her and want to get to know her better.

The concern I have is that I’ve told my roommate that I have met someone and I might want to date and now the roommate seems very depressed and even told me she’s thought of suicide;

Not entirely because of our breakup, I think she’s been depressed for a while. I asked her to seek immediate help and she agreed but I’m not sure she will. What should I do? I feel bad and concerned but we haven’t been happy, as hard as we’ve tried, it didn’t work. I kind of get mad at people who throw around the S Word. I thinks it’s a totally selfish act and also manipulative, but what do I know? People do actually do it.

Dear Worried, Wow! What a mess! And I hear about these situations frequently from lesbians. First we move in together too fast (second date, U-Haul), then we become soul mates, best friends, and then we can’t seem to part, even when one is ready to move on to a new relationship! The main cause of these problems, I find, is lack of effective communication. Too many relationships move in with each other without thoroughly talking about what might break them up and what their non-negotiables are. A lot of people think they have communicated these things, when in reality, they thought them in their head, but didn’t clearly spell it out. How many people have told me “if she cheats on me, it’s over” but never define cheating! Some people do define it, but the other one will test that limit. I think of the couple that agreed that if either one ever wanted to have sex with someone else, they would call the other and say “I’m not coming home tonight” and it was understood that the relationship and commitment to each other was over. However, if it wasn’t understood, then conflict erupted and fighting over whether this was a large enough infraction to end the commitment.

So, if you and your ex are like most couples I meet, of every orientation and pairing, including an adult child living with a parent, communication of boundaries has not been clear enough. For example, when you moved in together, did you both talk about who would move out if the relationship ended? Did you talk about living together as friends as the romantic relationship ended? Was that a tolerable solution to both of you before moving in together? Was it discussed and tolerable during the break up talks? Were there break up talks? If so, why have you both not moved into separate homes, so you won’t be dating in the other one’s face?

Yeah, yeah, I know a lot of lesbians who live with their exes, and sometimes their new girlfriend(s) move in too, and somehow they are a happy family, even including a couple of children, or an aged parent! But it doesn’t work for a lot of us, at least not in living color, day-to-day existence. Three is a crowd, even for roommates, particularly if they are all women! (I was put in a triple room my first semester of college, and like all the other female triple roommate situations, ours fell apart before I could move out after first term). Just because other people do these things, doesn’t mean that it works for both you and your ex! If talking together wasn’t plentiful and clear when you were in love with each other, I’m sure it’s much less common and more painful and murkier since the break up. Given the fact that your ex is making suicidal comments, I would recommend she get to a therapist, pastor or doctor that she trusts and confide in that person. She needs the support to rebuild her life that you can’t give her. She is hurting, or she wouldn’t be making such comments. They may be purely manipulative, in effect “punishing” you for wanting to date someone else so soon. That’s soon in her timeframe, not necessarily yours! You may have differing

wanting to date someone else so soon. That’s soon in her timeframe, not necessarily yours! You may have differing ideas of when the break up actually occurred. I tell you, some couples I talk with I have a hard time believing that they live under the same roof, as their perceptions of what life is like with the other are so completely opposite! So, given that your ex is not over the breakup, or at least hasn’t physically moved on so she doesn’t have to witness your dating again, I would strongly encourage you two to write letters to each other if you can’t talk face to face. Tell the other exactly what you can and can’t do, including time frames, division of the space, belongings, chores until one of you moves away from the other, and finances. It’s complicated, but until you both are physically separated from each other, dating others can be very hurtful, and could be awkward for the new girlfriend as well.

So: be clear, communicate your boundaries and limits and non-negotiables in written or spoken words. Make sure you negotiate fairly with each other about the division of the relationship and belongings: 1) ask 100% for what you want, 2) be willing to hear “no”; and 3) negotiate and compromise both ways with each other. Try to be gracious to each other. Something was there that brought you together, that you enjoyed each other enough to move in and try to create a life together. Respect that something as you now break up. It’s not an easy time and it’s easy to read in the worst interpretation possible into the other’s actions and behaviors. Don’t guess at the other’s motivation. We have a hard enough time knowing exactly what motivates us many times, so give each other the benefit of the doubt and see if you can have a peaceful separation. If worst comes to worse, get a therapist for couple’s counseling, a lawyer for division of joint belongings, and visit the Verizon store, if you share phone billing. For there, I’m told, they will say to a lesbian couple who are separating their phone plans: “There: you are each separate” once the deed is done! Good luck and keep me posted. 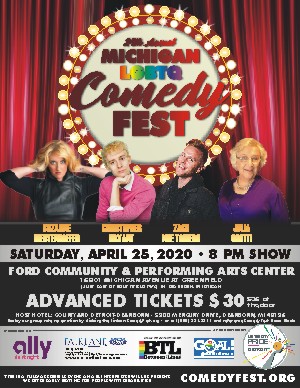